Cyndi’s Second Batch of Puppies and the Death of One

It seems that I have neglected to write about Cyndi giving birth last April 23. I didn’t take that many pictures since she gave birth at 2am. Fortunately I was still awake during that time when I heard a bark, I went outside to check what was happening when I saw Cyndi on her bed, with 4 puppies already drinking from her tits. I immediately brought her inside and cleaned her up because I felt in her tummy that there were still at least two more puppies in there. A few minutes later, a female puppy came out. 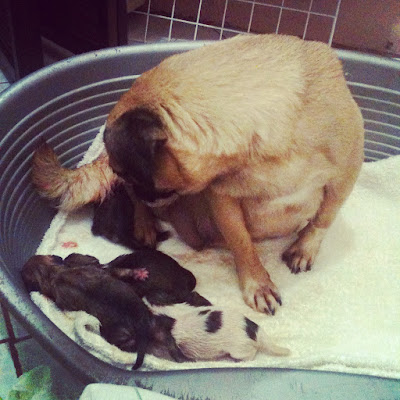 The weather was warm and Cyndi was uncomfortable and was panting so hard. I had to keep making her drink water so she won’t get dehydrated. After an hour, the last puppy came out. By that time, Cyndi was already so tired so I was the one who took care of the last puppy. The first thing I noticed was his tummy had blood on the inside. It was like the skin surrounding it was so thin, so I did what were told before, to tie a thread on the umbilical cord so the puppy doesn’t bleed out.

A few days later it dried a bit, and when the vet came over he prescribed an ointment for it because constant licking will peel it off and there’ll be a hole. A couple of weeks later, the wound healed and he was looking strong. 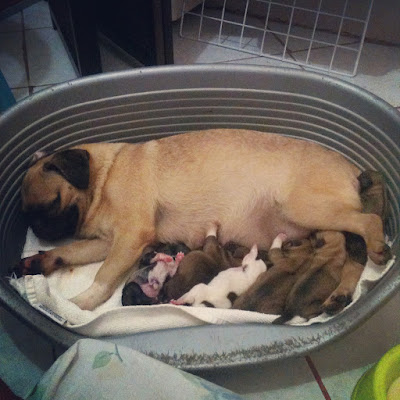 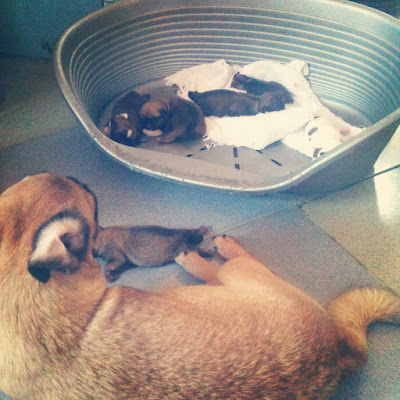 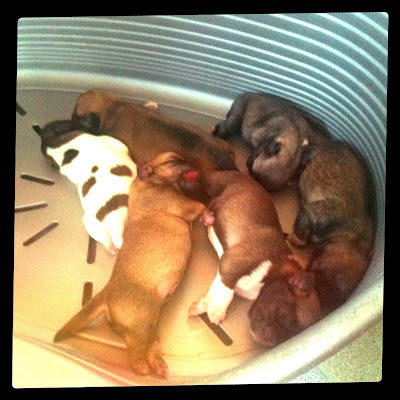 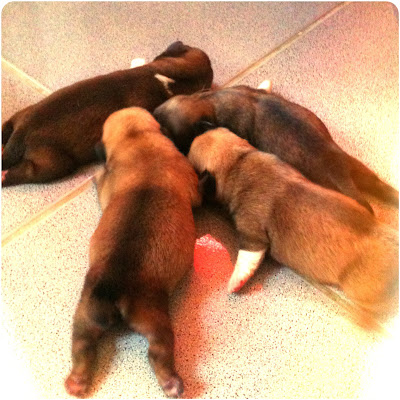 One day, mom noticed that he wasn’t feeding from Cyndi. And then there was the noticeable difference in size compared with his siblings. I brought him to the vet and that’s when he started pooping. The vet said the poop had blood and I was worried because that is a bad sign. The vet still prescribed a couple of medicine and told me to feed him manually. He was doing better and was drinking more milk, but after the 3rd day he refused to feed again. He died afterwards, in my arms. I tried reviving him but he was already gone. It’s so sad. I buried him in a small patch of land near where we buried Stefan last December.

We lost another one, but it’s a good thing he didn’t have to suffer any longer. 🙁

Lazy Afternoon with My Babies